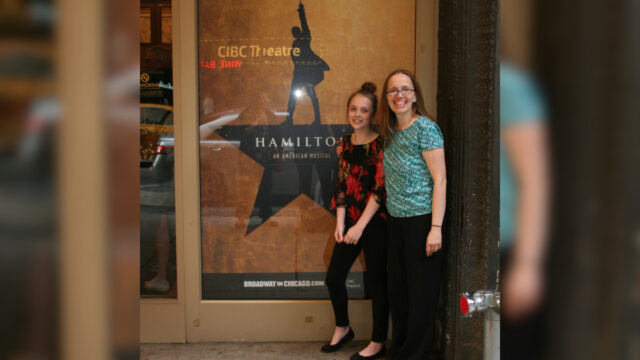 “Your YouTube channel must be taking off,” my 15-year-old daughter said. “Your edema video was recommended to me again. I was just scrolling through YouTube, and then I see it, and I’m like, ‘What’s this?’”

Her face showed amused indignation. Thankfully, Sara has a sense of humor about the whole thing.

After my husband, Todd, was diagnosed with ALS more than a decade ago, I started reading memoirs to understand how other people have coped with this awful disease. There weren’t a lot of stories written from the perspective of a young family, and few included the perspective of the caregiving spouse. And so, Todd and I decided to tell the story of our first year with ALS. Writing “Heavy” felt like a way to find meaning in a bad situation.

For similar reasons, we started a blog and made YouTube videos about what we had learned living with progressive disability.

Some positive things have happened as a result of putting our story out there, such as making connections in the ALS community. A woman about my age whose husband also has ALS reached out to me, and we became pen pals. A few years ago, she won the “Hamilton” lottery and was able to purchase $10 tickets to see the popular musical with her niece. After they attended the performance, she kept signing up for the drawing, and one evening she emailed me a picture of a receipt for two tickets for the performance the following evening. “What do you think??? They are yours if you can make it happen!!!”

What an opportunity! My music-loving middle schooler was a big fan of “Hamilton,” and it would be a dream come true for Sara to see the musical. But since Todd was paralyzed, leaving him to drive eight hours to Chicago would not be simple.

I called my mom to see if she could take my son to baseball and school the next day. She was available. I called caregivers and was able to line up last-minute care for Todd. I was so excited I barely slept. I didn’t tell Sara where we were going until the next day when we were on our way. I didn’t want to disappoint her if things fell apart.

We cut it close after hitting a construction detour on the way down and entering Illinois during rush hour, but we arrived in downtown Chicago in time to meet my friend outside the theater. She picked up the tickets from the box office, and we found our seats, which were so close to the stage we could see the perspiration on the performers’ faces. It was an amazing show.

The tickets for “Hamilton” have been a gift that keeps on giving, as seeing the show helped fuel Sara’s passion for dance and musical theater. Dance classes, music, and theater are the activities she focuses on, and her career ambitions motivate her to do well academically. When she struggled with algebra after classes went online last year, she got an online tutor, worked hard, and did well because she’s hoping to get accepted into a dance or theater program at a competitive college.

We’ll see what happens, but for now I’m just glad she’s pursuing her passion. It’s good for her physical and mental health, and I find vicarious joy in watching her, and our son, grow up and find their gifts.

ALS is brutal, and involves too many hardships for me to ever say the gains outweigh the losses, but I am glad we put our story out there, even though our daughter has to scroll past her father’s foot on YouTube.

I’m thankful when I’m able to see good, even in the midst of so much sorrow.

Unexpected Outcomes From Sharing Our Story