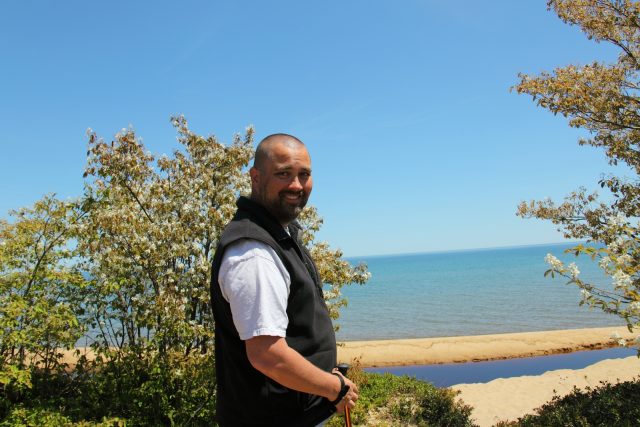 Three years ago last Tuesday, Todd went to an ALS specialist leaving me at home with the kids, confident that doctor would say he didn’t have ALS. Todd returned home with news that turned our world upside down.
The last three years have been hard, yet good.

Todd was able to continue to work past his goal date at SCJ.

We were able to sell our Racine house in God’s timing and build the Christmas Tree House next to my parent’s.

We quickly found a church that was a good fit for us and made friends. Our children plugged into life in the U.P. with activities and friends. Todd has been homeschooling Sara.

We wrote a memoir about our experience of learning to live with a terminal diagnosis and are moving towards publication. God has brought us into contact with just the right people at the right time: most recently a childhood friend of mine who has experience type-setting and a graphic designer who is the mother of one of Sara’s violin classmates.

We have been able to encourage and support a few other people who are on similar journeys.

Isaac is turning four this summer. It is hard to believe that he will be the same age Sara was when Todd was diagnosed.

Todd is doing well physically considering the diagnosis. His breathing is still strong. He can still walk short distances, often with a cane now. He needs help with some things, but can still feed himself with thick-handled silverware. He can lift a small glass of water if the glass is plastic and his elbows are on the table.

For us, the ALS progression is slow, but it continues to attack Todd’s functionality. Todd purchased a lawn tractor with power-steering last year, and it worked well for him. He used it once this year and then realized steering fatigued his arms. He was able to sell it on Craigslist quite quickly and now has ordered a zero-turn lawn tractor that is controlled with one joy-stick that happens to be on the right side, his strongest hand. He is looking forward to that arriving soon.

I suggested to Todd last week that he write an entry reflecting on the last three years. “Good idea,” he said but then he got busy and last Tuesday passed rather un-remarkably. “I guess that’s good,” Todd said as I was reflecting on the three year anniversary of that difficult day. “We are just living life.”

Most recently, Todd had a young guy help him do some landscaping around the house. He also coached him in putting together a play set in the backyard for the kids. That was a promise that went along with the move when Sara was sad that we would not be within walking distance of a park anymore. “We’ll have a park in our backyard. We’ll put up a swing-set.” So now we have one and the kids are enjoying it.

We are thankful to be here in our house. Todd says sometimes he doesn’t realize how far the ALS has progressed because our house is so accessible. We also enjoy having an occasional date night when the kids go across the field to Neenee’s and Papa’s for a sleepover.

Life is hard, but it is good.