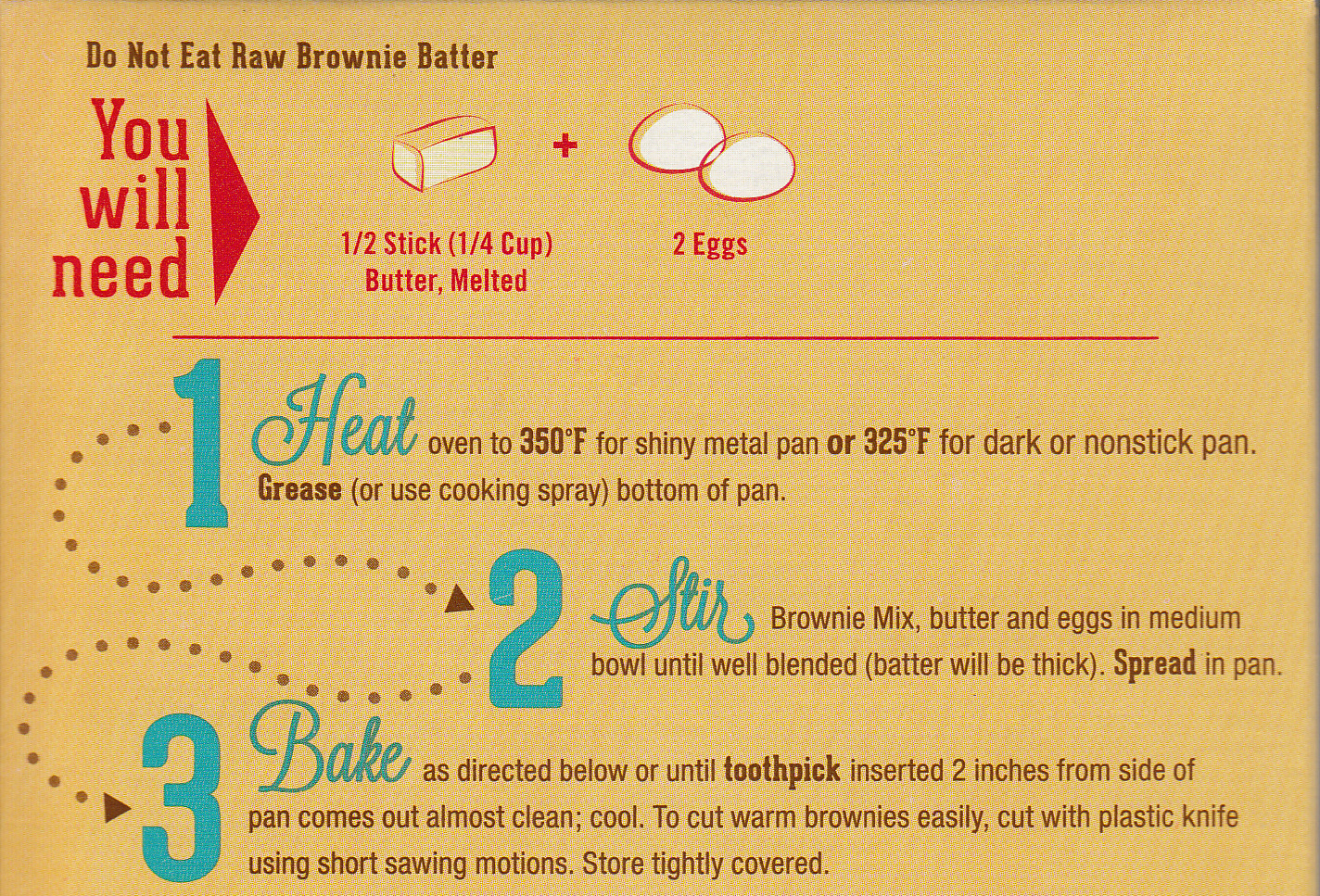 “I don’t believe your research,” a client at a large food manufacturer said twenty years ago. “The survey shows more people baking from scratch, but flour sales are down.”

Mothers love baking from scratch. It’s a better display of their love.

The food scientists said they could make a better mix if they required only water and/or butter. The results will be more consistent, higher quality.

Our research showed women wanted to add the eggs. That fine line between baking from scratch and baking from a mix was whether or not she got to add eggs. The food scientists had to work a little harder to empower those women to add their own eggs, because people like to do things themselves.

I like to add my own eggs. I like to do things myself. Kristin could do a better job on my teeth, but I prefer to cradle the spin brush in my paws and move the tip around with my tongue. Kristin could feed me, but I prefer the waitress bring a stack of plates to lift the food closer to my mouth so I can eat independently.

With a progressive neurodegenerative disease, I’ll continue to adapt. Eventually, I’ll need eye-gaze technology to control my computer. When I can no longer speak, I can use the Dynavox. This amazing speech generating device gives voice to the voiceless. It is expensive, but for only fifty dollars more, the manufacturer will enable a little feature that allows users to make calls, send text messages, and access the Internet.

Many people with ALS (pALS) can’t afford the Dynavox, but fortunately Medicare pays the thirteen monthly rent-to-own fees for the unit, after which time the patient owns the unit. Unfortunately, during the rental period, the government prohibits the manufacturer from turning on that little module that gives so much independence to mute quadriplegics. For thousands of dollars, pALS are given a voice, but they are denied from spending fifty dollars of their own money to have a window to the world.

The feature can be turned on after the thirteen-month rental period, but that’s too late for many pALS. To add insult to injury, if the person ends up in a skilled nursing facility or hospice care, Medicare will no longer pay the rental fee and will require her to send the machine back if she is not able to purchase it outright. The patient is left lying in bed unable to communicate her most basic needs, even unable to utter a distress call in a life-threatening situation. Communication does not simply improve quality of life; it preserves life.

Alas, there is hope. On April 22, 2015, the US Senate passed The Steve Gleason Act (S. 948). The bipartisan law, if it passes the House of Representatives and is signed by President Obama, will allow people to upgrade their speech generating devices, if they wish to pay the extra money for that liberating feature. The bill would also end the cruel practice of taking away a person’s only way to communicate in the final months of her life.

“Steve and Team Gleason deserve all the praise in the world for not only shedding light on this issue, but helping get our bill across the goal line,” Vitter said. “Making this equipment more accessible and affordable will allow more ALS patients to literally have a voice to communicate with their family and friends.”

Many who read this blog reached out to tell me they were in contact with their representative. Thank you! You made a difference.