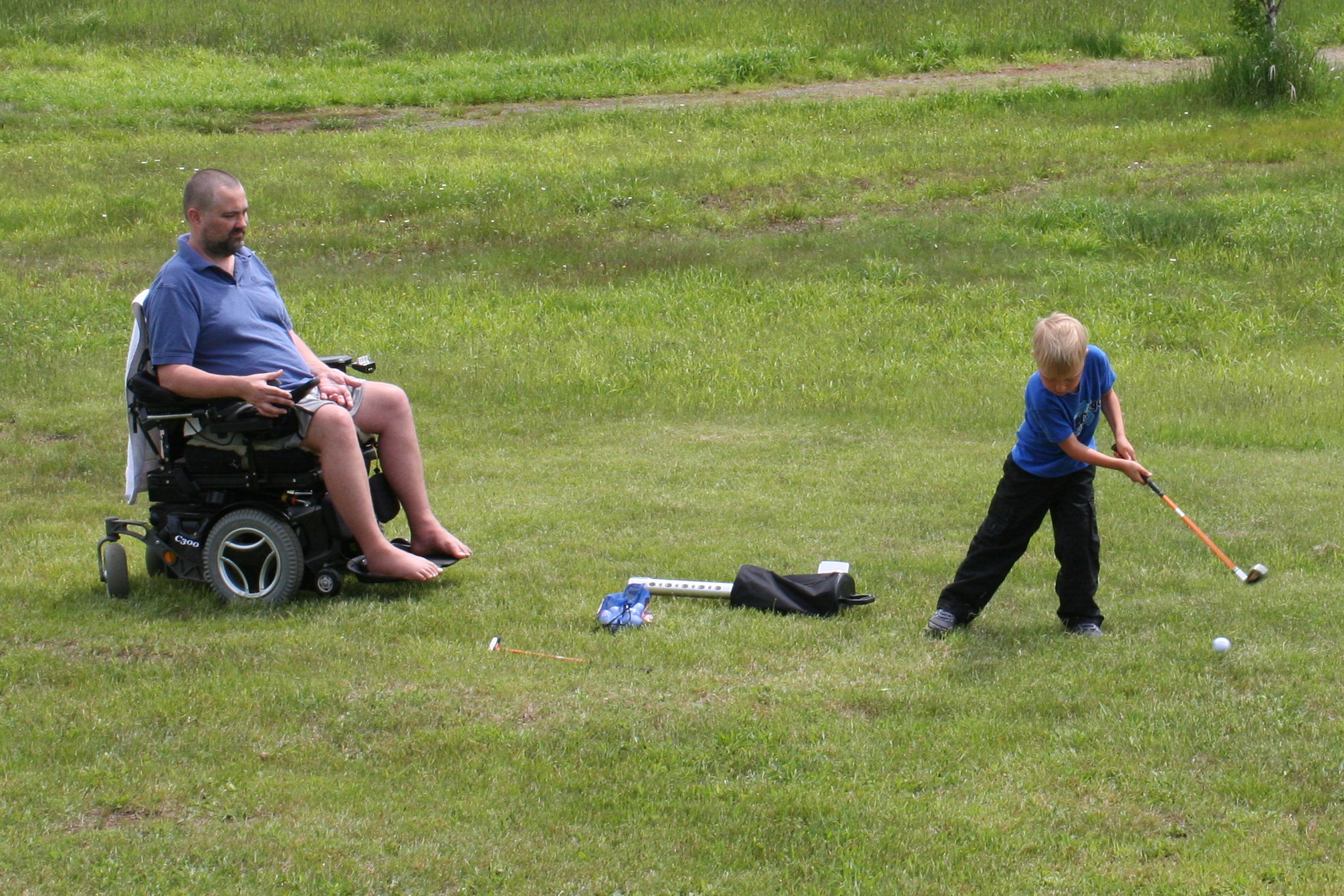 “If you don’t want him to hit you, then don’t smile,” Kristin said after I told Isaac to stop hitting me in the stomach.

I pleaded my case, “It’s how he says, ‘I love you.’ I just wish he wouldn’t hit so hard.” I said that second part loud enough for him hear.

Isaac strutted off like he’d won a boxing match.

When I was first diagnosed with ALS, Isaac was nine months old, and I feared he wouldn’t remember me. I hardly have a memory before age six. The few memories I have before six are scattered, but enduring. I cherish memories wrestling with my father — he lost all of his strength if I could get his socks off. Seriously, removing his socks was like kryptonite to Superman. My dad told me to punch him in the stomach as hard as I could. “Go ahead; it’s pure muscle.” I marveled at the size of his belly muscles, and roundness.

In somber reflection, I asked a friend of mine if he could teach Isaac to camp. I asked his uncle to teach him to hunt. His Papa would attend his sporting events. An old friend will visit next weekend, and I asked him to teach him to ride his bike.

Those are all things that dads should do, but they don’t make a father.

I remember my father worked hard.

I remember my father reading his Bible every evening.

I remember my father setting me straight when I was disobedient.

I remember my father speaking truth. “People are basically good,” I told him one day when I was in high school and feeling positive about the world. “No they’re not. Only God is good.”

Different dads have different gifts. As life turned out for me, I’m not going to teach him to throw ball or to swing a golf club. My gift to him is to be available. To show him a will to live through overwhelming adversity. To show him how I can be creative and productive even when I don’t get paid for it. To show him how to treat his mother, sister, and future wife. To let him know he’s growing into a fine man.

I tell him, “I love you,” by being available to be socked in the stomach.

I just wish he wouldn’t hit so hard.