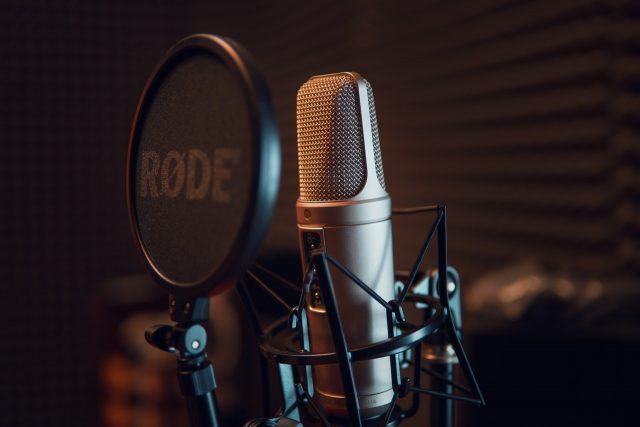 The following is a transcript from the second of three Good News You Can Use radio spots, which aired January 16-18, 2017, on WMPL 920 AM.  I spoke on the topic The God of Suffering.

Sometimes the kindest, most loving people say insensitive things to people who are suffering. Seeing my body waste away, people have tried to comfort me with “biblical truths” — if this were television, and if I could raise my arms, you would see me put little air quotes around biblical truths because some of these old adages are nowhere to be found in Scripture. Personally, I’m not easily offended, especially when I can see compassion in their eyes, even when they say things like:

I know they’re just trying to make sense of a bad situation. But others have confided in me that they’ve been hurt by these insufferable Christians.

Let’s take each of these one by one.

First, God has you right where he wants you may be a deduction based on the sovereignty of God. God is all-powerful, all-loving, and he is capable of healing, so if he doesn’t heal, he must be choosing not to heal and has you just where he wants you.

Yes, I get it, but folks can feel abandoned by God, or punished even, when people attribute to God abuse, birth defects, or cancer.

There is no promise of the pain-free life, in fact Scripture is replete with references to our suffering, as if it is inevitable. But we have a God who cares.

The Apostle Paul tells us in Romans 8 that “the Spirit himself intercedes for us with groanings too deep for words.” Even if you don’t know what to pray for, just imagine God himself being torn and conflicted over your pain, the Holy Spirit pleading with the Father.

Your pain hurts God. He takes no pleasure in it, so a plan has been put in place, and all of this will one day be made perfect. “He will wipe away every tear from [your] eyes, and death shall be no more, neither shall there be mourning, nor crying, nor pain anymore, for the former things [will pass] away.” (Revelation 21:4)

Yes, many would agree that God cares and he doesn’t want to see you suffer — so if only you had enough faith, you’d be healed. This one stings a bit, because I’ve prayed thousands of times for healing, yet my body continues to lose strength. It’s now getting more difficult to breathe, and I’m one severe cold away from death. It’s getting harder to swallow, and every time I eat I realize how easily I could choke. Yet I continue to pray.

It’s not due to my lack of faith that I’m not healed. If someone tells me that I only need enough faith, my response to them is — Jesus healed the paralyzed man due to his friend’s faith. So please pray for me. I’m counting on you, on your faith, to heal me. Sometimes Jesus healed people because of their faith, and sometimes because of others’ faith, and sometimes with no mention of faith at all — the reason Jesus healed was to reveal himself as the Son of God.

Now I can’t answer why God continues heals some and not others, or why he intervenes miraculously in some situations but not others, but he has a plan to fight evil in every case — the church. Christians should be actively fighting against evil. We should help the widows and orphans, comfort the sick, and fight injustice for the oppressed.

Well, maybe God won’t heal you entirely, but he certainly won’t give you more than you can handle.

Really? Right now I have way more than I can handle.

People may get this idea from 1 Corinthians 10:13 — “No temptation has overtaken you that is not common to man. God is faithful, and he will not let you be tempted beyond your ability, but with the temptation he will also provide the way of escape, that you may be able to endure it.”

In that verse, Paul is saying there is no excuse for sin.

As for our suffering, there’s no shame in saying it’s too much for you to handle.

Years ago when Jesse Ventura was campaigning for governor of Minnesota, a reporter asked about his faith. He said that Christianity is a crutch. He didn’t need Christ in his life, because he was strong enough on his own. I hope he’s had a change of heart, but I’m not offended by the statement. I admit that Christ is my crutch. He’s more than my crutch — he’s my walker, my wheelchair, my life support.

Because ALS is so much more than I can handle, I have to rely on other people. And if it’s even too much even with their help, I still have the hope of heaven.

Until the renewal is completed, this life is often more than people can handle — it’s part of the earthly futility that God hopes would drive us to him. And if the church is doing its job, we would be coming alongside people in their suffering, and they would see the light of Christ in us.

Transcript from The Purpose of Suffering.